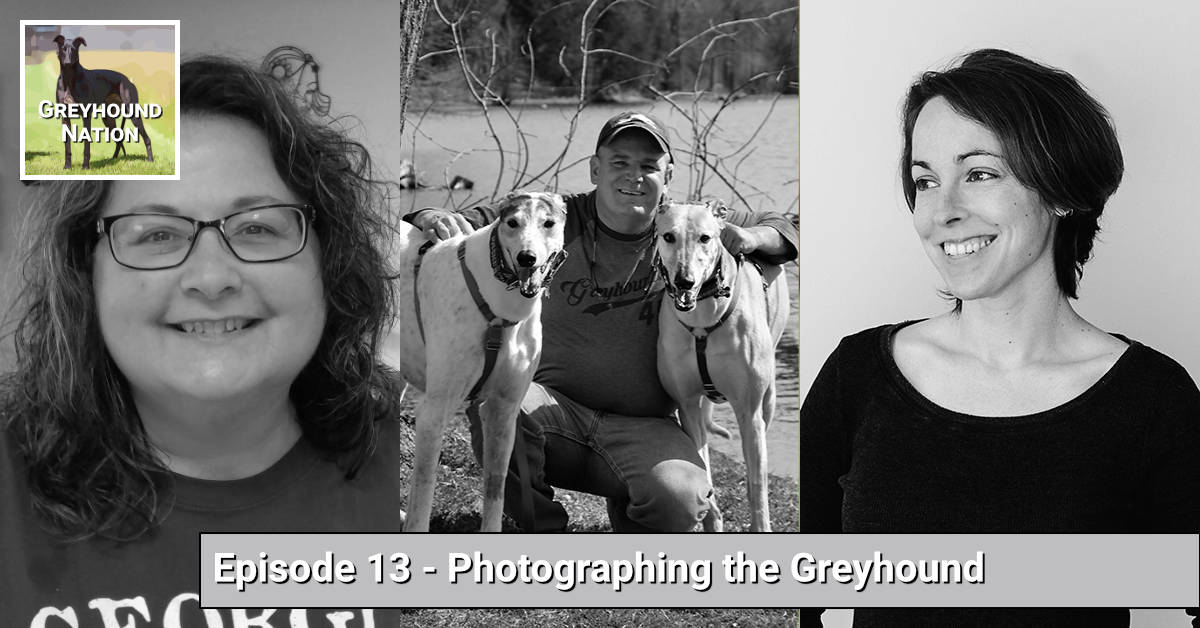 “I always find this warming to my heart that I get to do this. I’m not in it for the money. I just do it for the dogs.”

Steve Schiferl has traveled the country to capture Greyhounds in motion at Greyhound tracks and National Greyhound Association (NGA) schooling facilities. His fascination with and photography of the breed started with meet and greets. What began with simple photos from his smartphone evolved into a photographic career and love of Greyhounds.

Rachel Hogue’s path to photographing the Greyhound started in her teens. A budding photographer heading off to college, Rachel sought the ideal canine companion for apartment living. She settled on a Greyhound and adopted in 2005. That same year, she invested in her first dSLR (digital camera). After college, she found work at Southland Casino Racing in West Memphis, Arkansas and developed a love for Greyhounds and a passion for photographing them.

Cindy Frezon’s passion for photographing Greyhounds blossomed at lure coursing fields rather than Greyhound tracks. In 2000, she adopted her first Greyhound from Adopt A Greyhound Atlanta. Shortly thereafter, she discovered the sport of lure coursing in west Georgia at a Southeastern Greyhound Club meeting. Since then, Cindy’s become the official “unofficial” club photographer and regularly shoots several thousand photos during a weekend of lure coursing.

In this episode, host John Parker and producer Michael Burns explore the art and science of photographing the Greyhound with Steve, Rachel and Cindy. John discusses each photographer’s history with the breed. Michael digs in to the technical aspects of Greyhound action and portrait photography. It’s an episode that will appeal to photographers of all backgrounds, amateur and pro alike.

Example photos from this episode’s photographers: