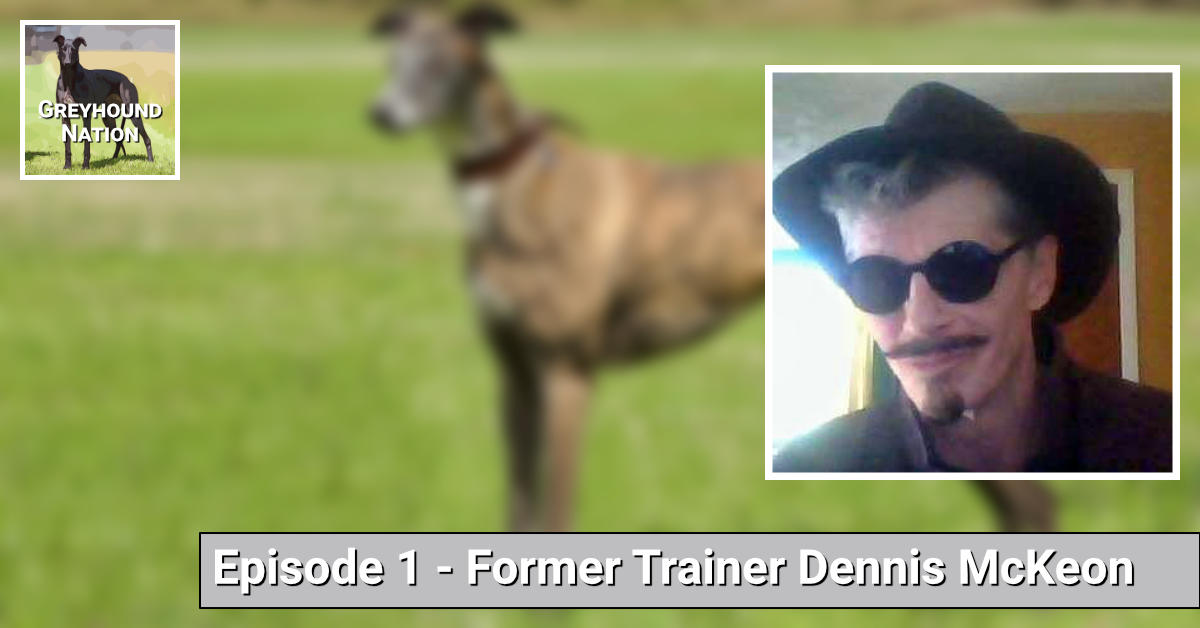 “[In this area] the Greyhounds were as well known as the baseball players and the football players…and you could start up a discussion with anybody in the store about who was running at Taunton or Raynham that night.”

In this inagural episode of Greyhound Nation, host John Parker and producer Michael Burns introduce themselves and share their aspirations for the podcast. They are joined later in the episode by former Greyhound trainer and “prose laureate” for the breed, Dennis McKeon.

John and Dennis enjoy a wide ranging conversation covering Dennis’ career as a trainer, his important mentors in racing, and his involvement in early Greyhound adoption initiatives. They also discuss the early days of Greyhound social media and discussion forums, as well as Dennis’ inspiration for his essays on all aspects of the Greyhound breed.

Greyhound Nation welcomes you for this — the first of many episodes.