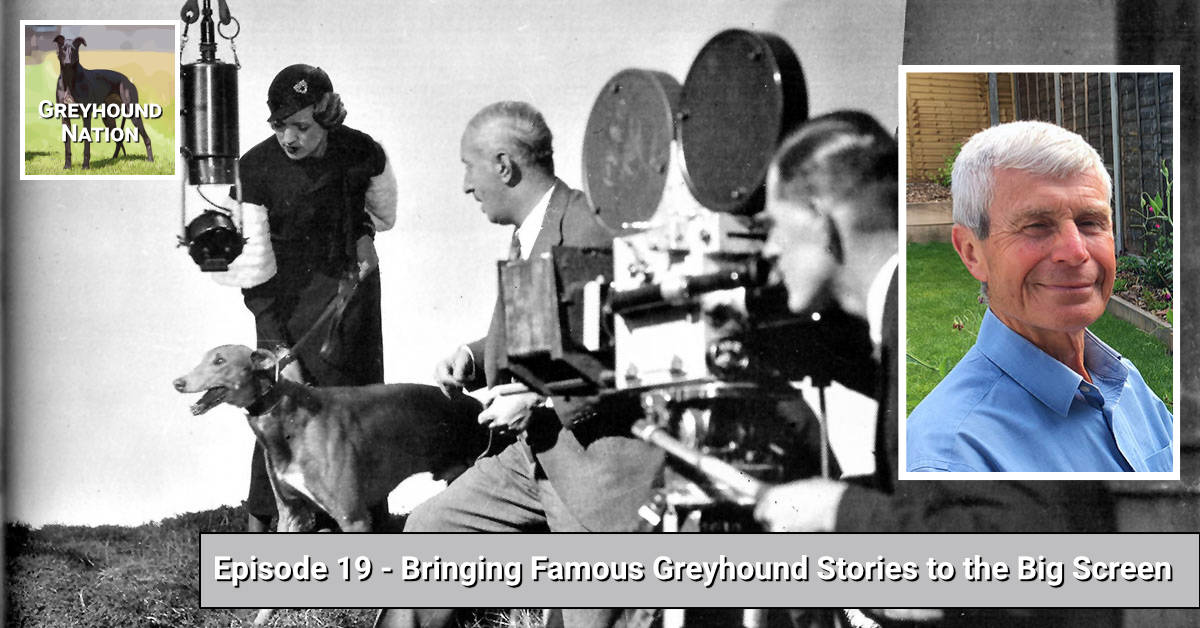 “Like Alfred Hitchcock, I’d insist on appearing in a scene myself…the man walking behind the bookmakers.”

Some of the best TV series and movies today bring a little known moment or person from history to the big screen. One could argue that author Charlie Blanning is a keeper of such stories from Greyhound history. Author of Please Mister: The Golden Age of Greyhound Racing, Charlie could easily recommend several such stories to a willing screenwriter.

Take, for example, the story of Master McGrath, the famous Irish Greyhound that won the Waterloo Cup three times in four years. His coursing meetings regularly drew sixty thousand spectators from all strata of English society. Julian Fellowes, creator Downton Abbey, could very well base his next period piece on the rise of Master McGrath from runt of the litter to Waterloo Cup champion.

There’s the story of Snowflight, a greyhound raised in the 1880s in one of the poorest parts of England. Snowflight was raised by a poor farmer from the village Guide Post. She shows promise and makes her way to the Waterloo Cup where she wins it all. Her story doesn’t end there, as she finds herself next in the hands of gamblers who have their eye on the next Waterloo Cup.

Greyhound track racing has its share of famous stories suitable for the big screen. Mission Boy raced everywhere in America in the 1920s, often traveling by train to different venues. He had connections with the founder of the first Greyhound track in the United States, O.P. Smith. However, his real claim to fame was living out his retirement with American boxer Jack Dempsey. What more could you ask for in a miniseries or television series about a Greyhound in early 20th century America?

In this episode, host John Parker explores these and other stories with guest Charlie Blanning. Charlie shares some of the most screenplay worthy anecdotes from his books on Greyhound history, coursing and track racing. They also have some good fun speculating about the casting for these moments in Greyhound history.