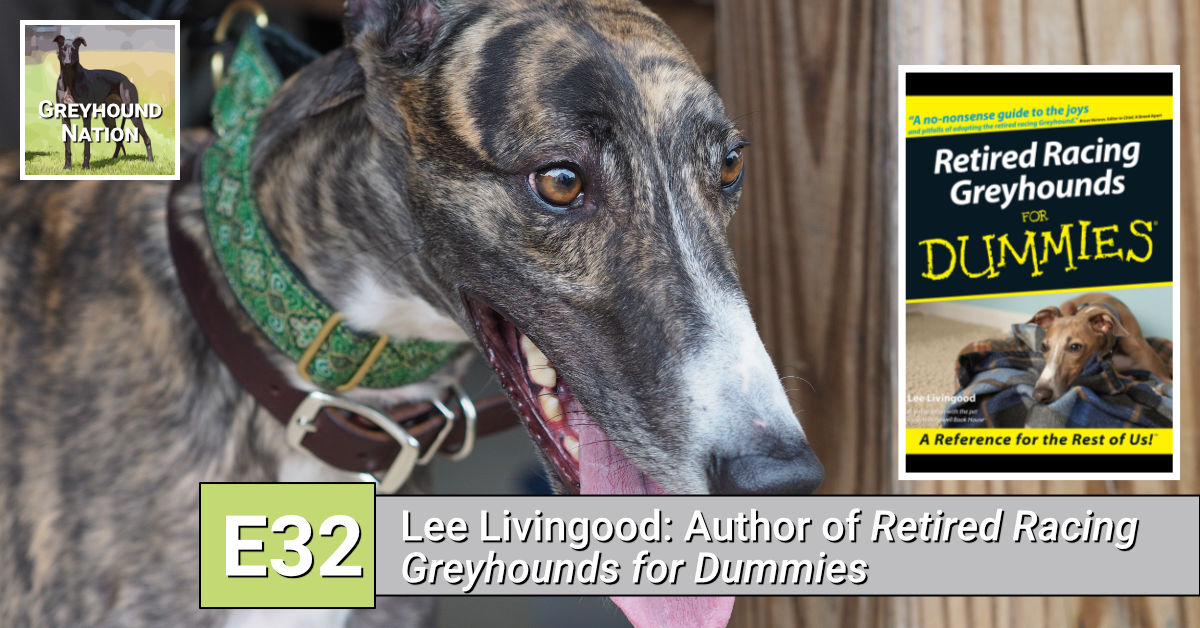 “Training is not something you do to your dog but something that you do with your dog.”

Lee Livingood wanted to be a veterinarian as a child, but she settled on always having a dog in her home. During college, she adopted a mixed breed dog from a local shelter and discovered it suffered from severe separation anxiety. Lee helped find the right home for the dog, and the experience ignited her interest in and passion for canine behavior.

In 1991, Lee and her husband learned about retired racing Greyhounds. They adopted their first Greyhound shortly thereafter — a 2 year old hound named Penny. At the time, her home in Pennsylvania was in the throes of a winter storm. She went out in the blizzard with her newly adopted Greyhound on lead, who promptly chased after a squirrel and left her face down in the snow.

She didn’t know about Greyhound “prey drive” and the quickness and strength a Greyhound could exert in such a situation. The experience inspired her to write Retired Racing Greyhounds for Dummies — the first book about racing Greyhound behavior and care after adoption. The book would become a mainstay in the Greyhound adoption community.

In this episode, host John Parker and Lee sit down to talk about her background in Greyhound behavior and training, as well as her experience in writing the book. They explore the nuances of publishing what would become a very popular reference in the Greyhound adoption community, Lee’s involvement with that community, and the future of the American Greyhound breed.

Steve Downs on Open Field Coursing in the U.S.