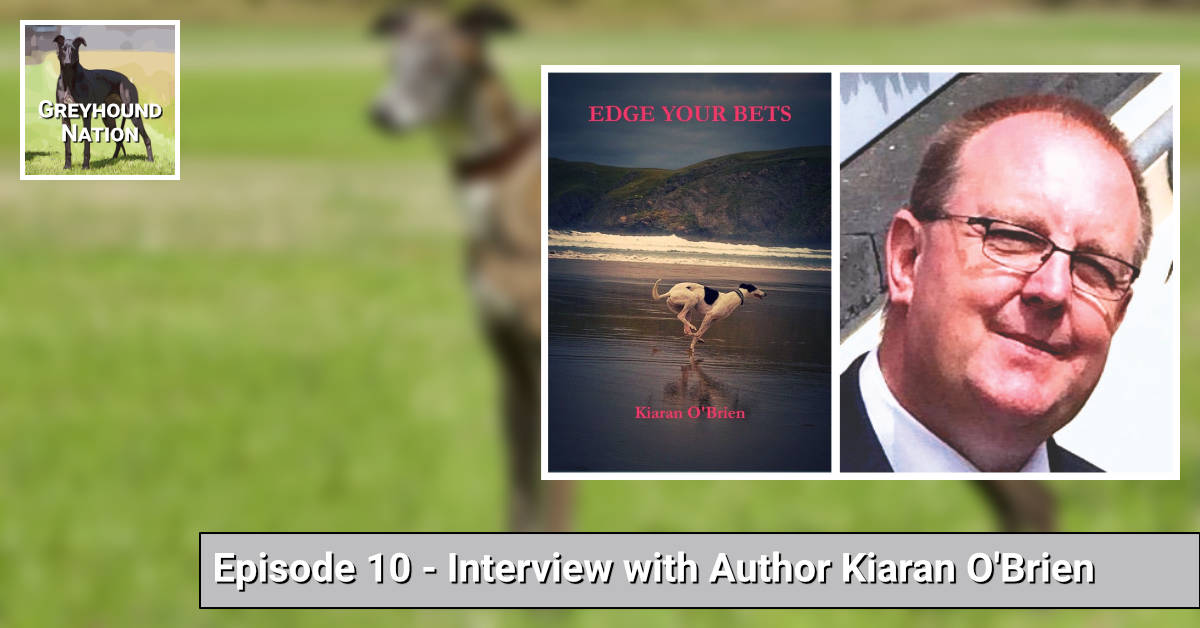 Kiaran O'Brien with his first book, "Edge Your Bets"

Kiaran O’Brien’s love affair with Greyhound racing started in the 1970s, growing up in Bristol, England. His father was involved in the betting industry, and he got his first job at the local track as a busboy. He dreamed of one day owning his own Greyhound.

His family moved to Ireland in his late teens, far away from English Greyhound racing. Uprooted from his school and his mates, Kiaran learned to farm in a small village in west Ireland. He found work in finance in the 1980s and moved to the Isle of Man.

Kiaran returned to England and fulfilled that promise to himself to buy a Greyhound. It would be the first of many Greyhounds he owned and raced. He and his brother even won an English hurdling championship with a Greyhound in the early 2000s.

A few years after returning to England, he took a job writing horse racing reviews. As his writing experience grew, he set out to write a Greyhound racing novel in the style of a Dick Francis. John Francome, an English jockey and author, encouraged Kiran to follow through with the endeavor.

In 2014, Kiaran self-published his first novel — Edge Your Bets. He drew inspiration from his Greyhound racing experiences and his time spent in west Ireland. The Greyhound racing community had its first crime thriller.

In this episode, join host John Parker and Kiaran O’Brien as they discuss Kiaran’s love of Greyhound racing, the inspiration for Edge Your Bets, and the experience of self-publishing a novel.